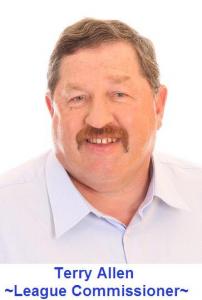 Terry Allen has died. He was the commissioner of the AFL from 2011 to 2014. More than that, he has given in many ways to many people his energy, intelligence and passion for sport. He was fair in his dealings with everyone, positive in his quest for solutions and energetic in his work for his community. He will be missed.