Sunday, September 23, 2018. CHARLOTTETOWN, PE– The Holland Hurricanes battled high winds and strong opposition on Saturday in their first home game of the season.

Practicing in foul weather all week meant that the team was prepared and ready, and with hurricane-like conditions in the forecast for game day, they needed to be.

Quarterback Brady Crowe led his offence with well-executed pass and run attack. Crowe was 15 for 24 passes on the day with 145 yards in the air and rushed for 25 yards, including a touchdown.

Corner back Denzel Gendron-Muscadin had a strong day on defence for the ‘Canes with four tackles, and intercepted a Sea Wolves pass scouring a pick six. Linebacker Alex Rose was relentless with four tackles, as was defensive tackle Bradley Lawton with two quarterback sacks.

Jack Malo had a huge day on special teams with 65 yards in punt returns, which should have been 125, but penalties negated half his yards.

Head coach Ross Young said the team is beginning to come together.

“Both offense and defense executed well in trying conditions, given the high winds. We will be working to reinforce the lessons we’ve learned so far this season as we prepare to go against the Dalhousie Tigers next weekend,” he said.

The Holland Hurricanes are 2 and 0 with Saturday’s 35 to 6 win over Saint John Sea Wolves. The next home game is Sunday, October 7 at 1 p.m. on MacAdam Field at UPEI Canada Games Place. 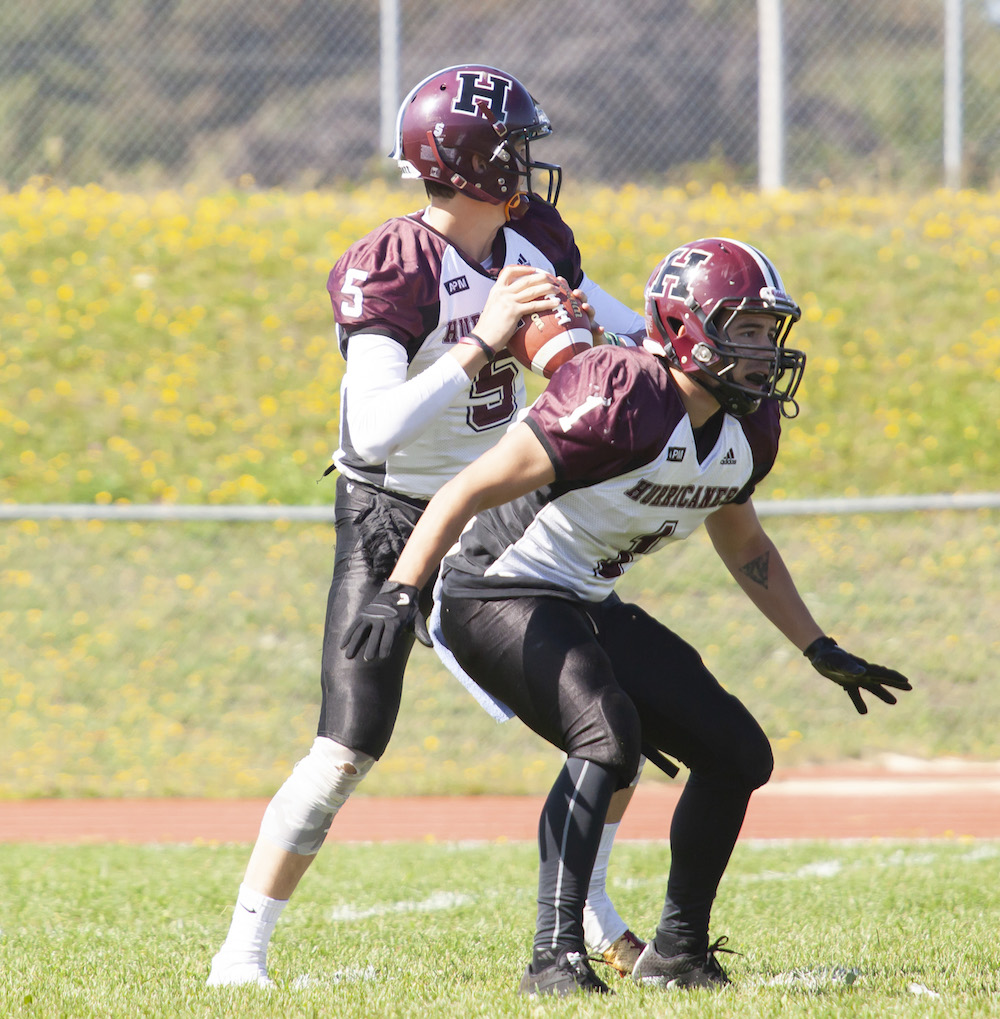