Wednesday, September 26, 2018. Charlottetown – The Holland College Hurricanes are clicking right now and are ready to roll when it comes their Saturday road game against Dalhousie.

“We had a better jump in our step and we were good on both sides,” said Young.

“The boys went out and executed.”

“We were gunning it out there. We were focused and put up on the board,” he said.

Shambie said the boys are ready to go up against the Tigers.

“We just can’t come out flat. We need to show the rookies how important this game is to the returning guys. “

Fellow wide receiver Thomas Cassidy said that they have got to go in hot.

“It should be a good game and we’ve prepared all week and are ready to go.”

As for what the ‘Canes should expect out of the Tigers, Coach Young said it’s different every time.

“On any given day, anyone can win. It’s always a great game when the Hurricanes and Tigers face off. There’s lots of history. with both teams winning and losing big close games,” he said.

Last season, the Hurricanes swept the Tigers in the regular season before falling in the semi-final. Coach Young said that’s just the way it is in football sometimes.

“We played two games against the Tigers last year where we showed up and won; but when we needed to win in the semi-final, we didn’t.”

Young added that they will be looking to avoid the same outcome this year.

The Holland Hurricanes take on the Dalhousie Tigers in Halifax at 1 p.m. in the first back-to-back games against the team. Their next home game is against the Tigers on Sunday, October 7. 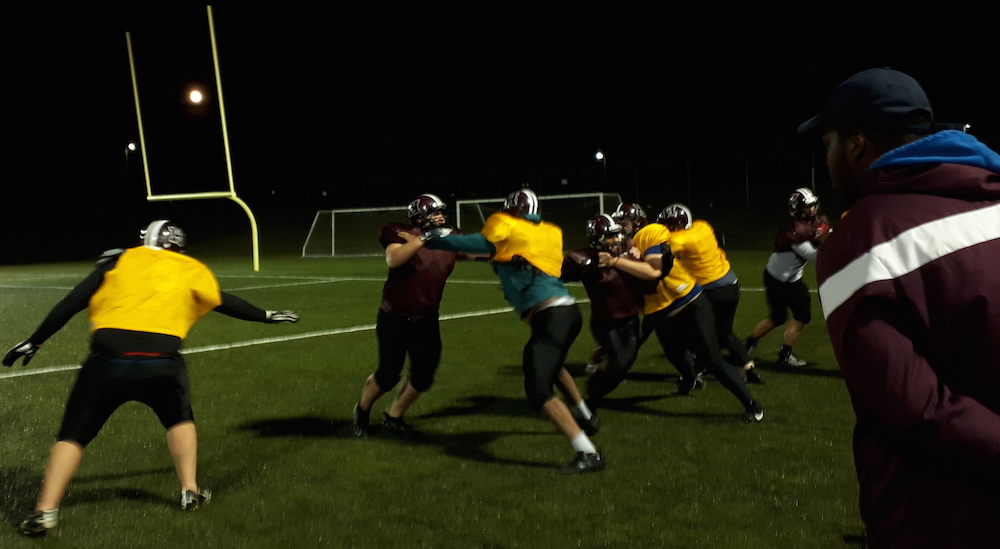