Monday, October 8, 2018. Charlottetown, PEI– The Holland College Hurricanes were defeated 23 to 12 by the Dalhousie Tigers Sunday in front of an enthusiastic crowd at UPEI Alumni Canada Place.

The Hurricanes’ offence started and ended the game strong but could not find its rhythm for most of the day.The Hurricanes moved the ball well on their first drive of the day and settled for a three-point field goal from kicker Connor Cruickshank.

On their last play of the day, rookie quarterback Michael Petroschke hit receiver Micah Roberts in the end zone for a major and Cruickshank added the extra point on the final play of the day, lifting the spirits of the hometown ‘Canes.

The Hurricanes defence was called on for most of the game to stop a relentless ground attack by the Tigers. The ‘Canes needed their offence to score some points, but the Tiger’s defensive line played strong, intercepting two of quarterback Brady Crowe’s passes and applying pressure all day long on the Hurricanes’ rookie offensive line.

Rookie running back Stefan Headley had a nice 25-yard run late in the game, and rookie receivers Jarrett Walker, Matthew-Uriah Kaye-Mitchell, Micah Roberts and Chris LeBlanc had some nice receptions.

Coach Young said it was a very tough day, given the strong performance that the offensive and defensive lines had last week against the Tigers in Halifax.

“Dalhousie made some adjustments and we didn't execute on offence. Our defence was on the field way too long. Our offence will need to find its rhythm this week as we prepare for two back to back games against the UNB Fredericton Red Bombers. We need to park our loss to the Tigers and get ready for a strong Fredericton team to prove we are a contender for a championship run this season,” he said.

The Hurricanes’ next home game, against the Red Bombers, will be at 1 p.m. on Sunday, October 21, on MacAdam Field at UPEI Alumni Canada Games Place. 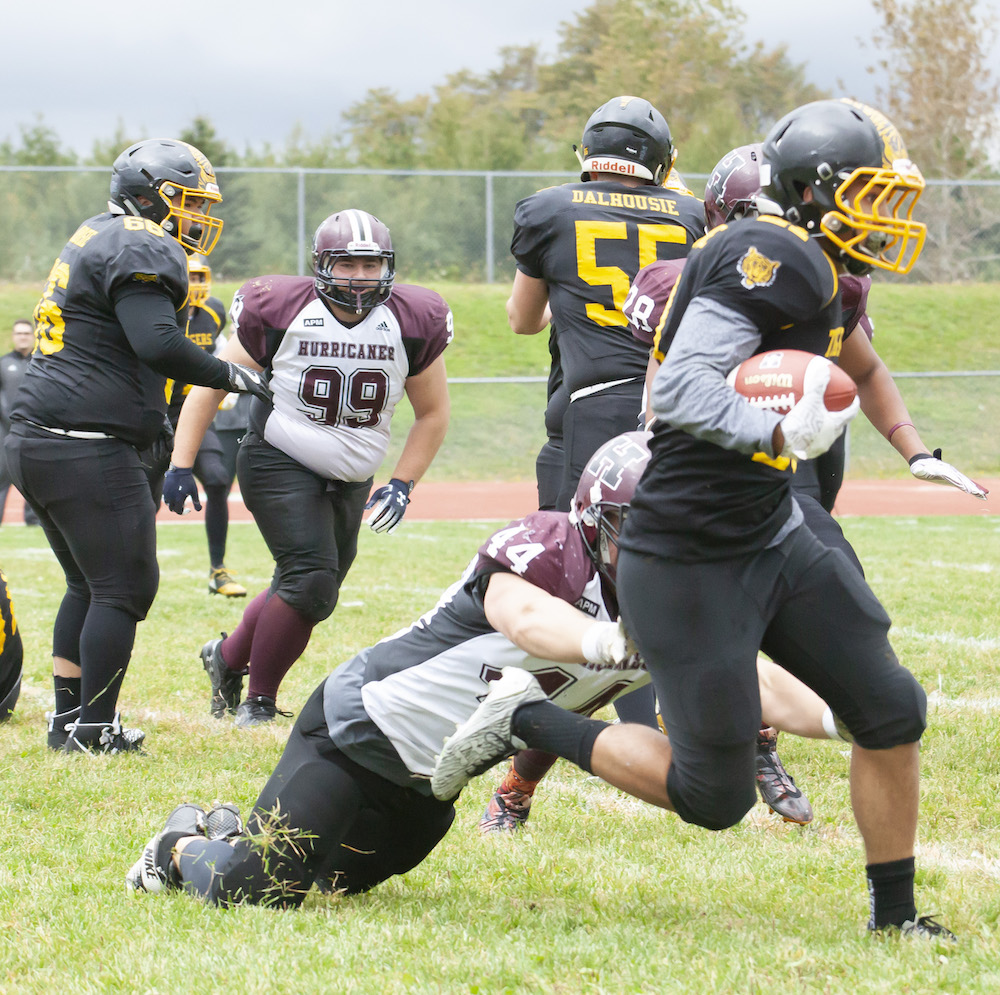