UNB made it an uphill battle for the ’Canes, with a 75-yard catch and run touchdown early in the first quarter. Holland College wasn’t letting the game end there. Linebacker and team veteran Alex Rose picked off the Red Bombers with about four minutes left in the quarter to hold the score at 7-0.

In the second quarter, UNB punched in another six points plus the kick to take a 14-0 lead with just over five minutes to go before the half. The defense showed up again in the second, picking up the Hurricanes first two points with a safety with just under a minute and a half left in the quarter. After a missed Hurricanes field goal, the half ended 14-2 in favour of Fredericton.

In the third quarter, the Hurricanes came out firing from all angles and got down deep in UNB territory before having a field goal attempt blocked. The defence grabbed another interception, setting up a field goal which would cut the deficit to nine. The defence would force UNB to punt, and the Hurricanes offence put up six points with a Brady Crowe quarterback sneak.

The offence stalled a bit in the fourth, with Crowe throwing two picks, but were able to set up a field goal attempt with only 1:20 left in the game. It wouldn’t make a difference, as UNB blocked a second field goal and walked away with a 14-12 victory.

In spite of the blocked kicks, head coach Ross Young still has faith in his kicker.

“Cruichshank is a good kicker, he just needs blocks, and we are going to work on that,” he said.

Young also kept it simple when it came to major things to work on before next week’s semi-final.

“We have to score more points.”

The team will be looking to avoid a third straight loss to the Red Bombers when they hit the road next week for the semi-final.

Coach Young is convinced the boys have what it takes.

“When we play 60 minutes of football, we can beat anybody. We played 30 minutes today and won the half,” he said.

The semi-final will take place Saturday at 1 p.m. in Fredericton. 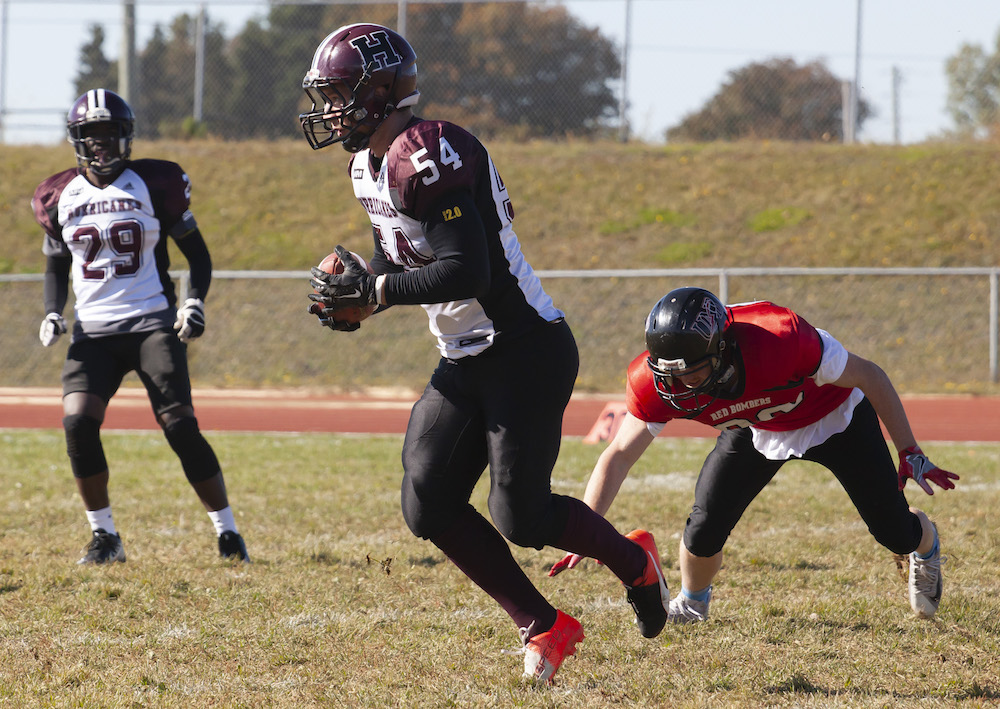