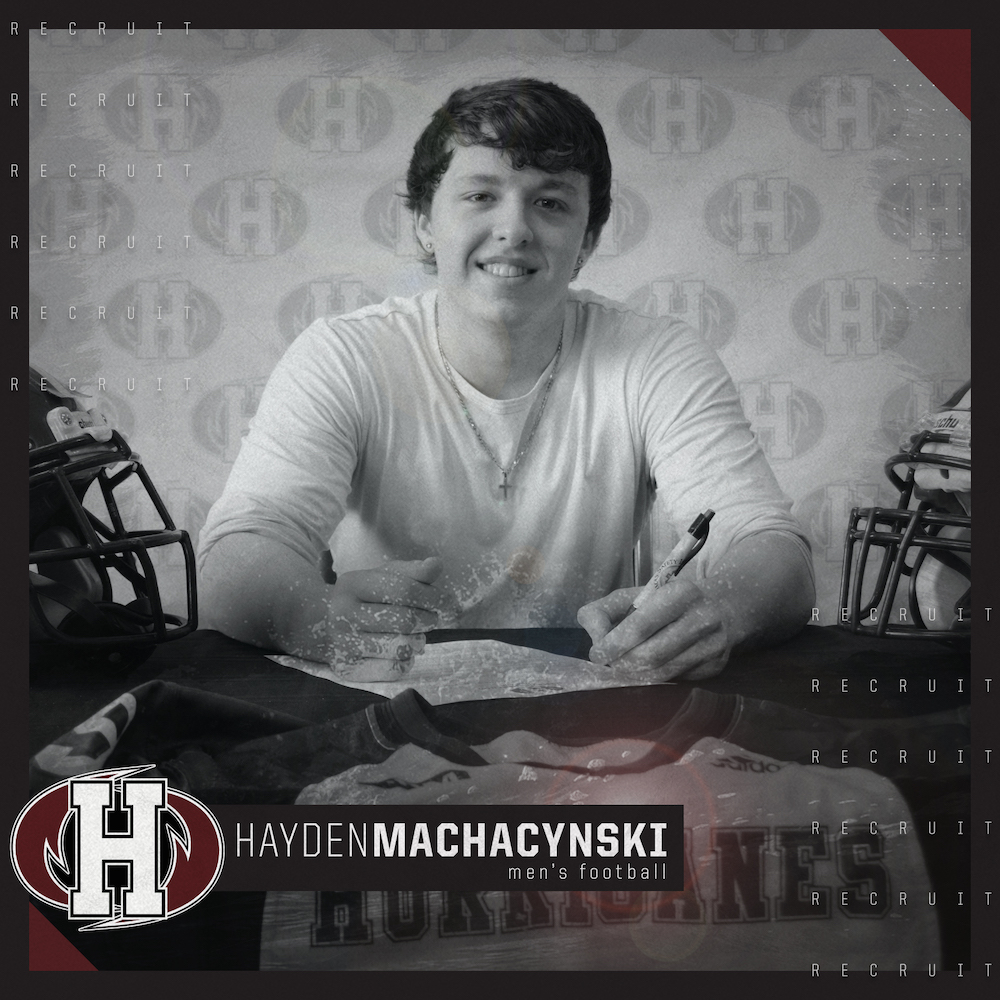 The men’s football Hurricanes continue to add defensive depth in preparation for the upcoming season with the addition of safety, Hayden Machacynski.

Machynski, from Kingston, Ontario, has enrolled in the Holland College Business Administration program.

“I chose Holland College due to the fact that academically they show that they care. Football wise, I loved the team; they have a great group of players and coaches. I went to other schools and didn’t feel the same energy as I did at Holland College when it came to academics and athletics.”

Machacynski makes his way to Holland College after attending the Holy Cross Catholic Secondary School; he also plays as a member of the Jr. Gaels Football Club in Kingston.

The 5’10” rookie is able to double as a cornerback when called upon, and looks to bring a strong style of defensive play to the Hurricanes, stopping the oppositions offense.

“Some of my strengths as a player is understanding an offense and putting myself in the right spot to make a play. Also, I’m very aggressive on the run to stop the offense from gaining yards.”

The Hurricanes are four-time Atlantic Football League (AFL) champions, with the last of those four coming in 2015. Machacynski hopes to help the ‘Canes get back to championship contention.

“The main thing I’m trying to bring to the Hurricanes is energy. I want to get back to contending for championships and we all need to be on the same page.”

Head coach, Steve Letner, has had Machacynski on his radar for some time.

“Hayden had a great spring camp and showed lots of promise. We are looking to see him make an immediate impact on our roster this season.”

The Hurricanes were 2-4 last year during the regular season. In the playoffs they picked up a win in the semi-finals over the University of New Brunswick, securing a spot in the AFL Championship game where they fell to the Dalhousie Tigers.

With last year’s finals still fresh in the minds of players and fans, the Hurricanes will look to bounce back this season and attempt the claim their fifth championship.

“Hurricanes fans can expect a team full of players who are dedicated and hard working,” said Machacynski. “I’m excited for the future of Hurricanes football.”