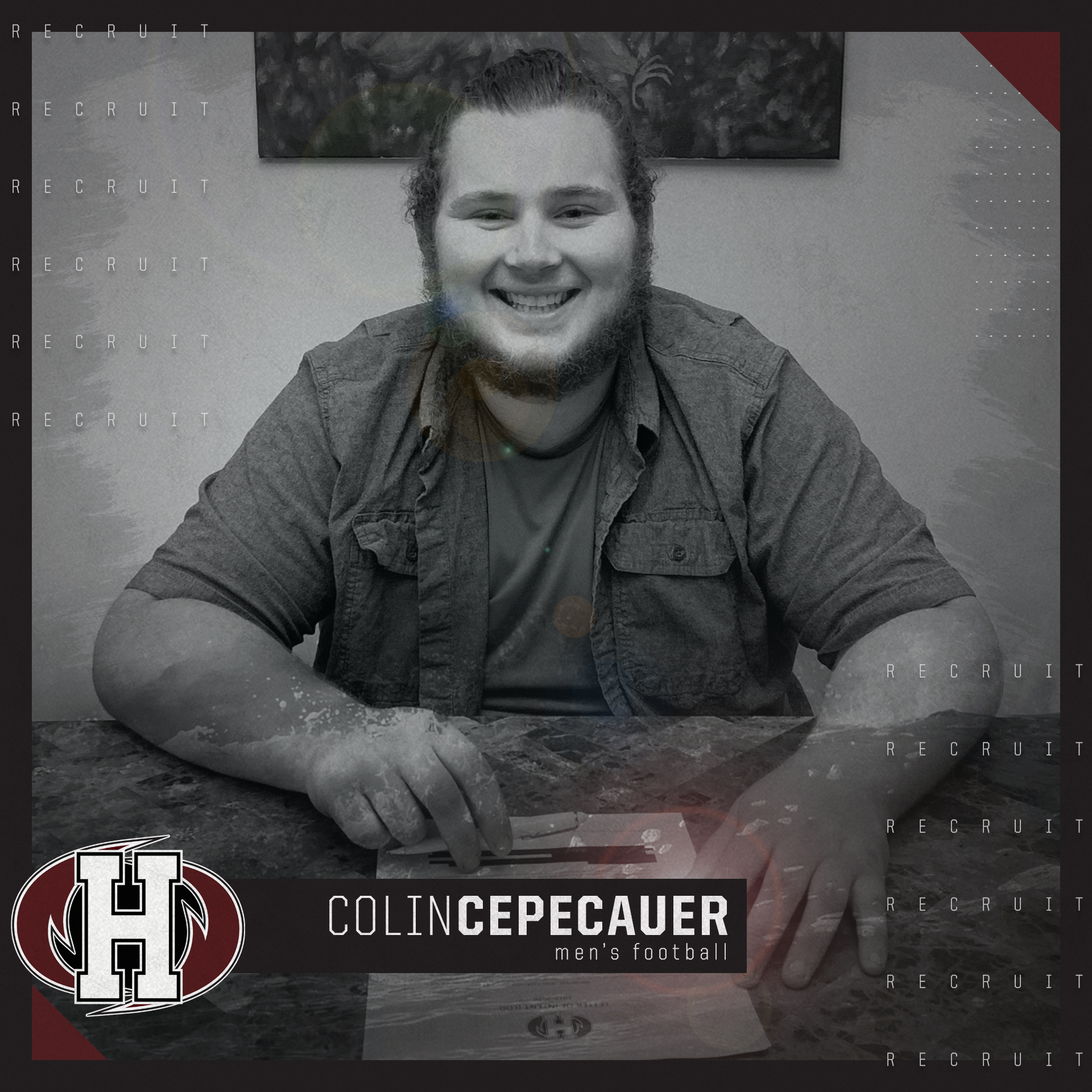 The pieces continue to fall into place for the football Hurricanes at Holland College as they add another versatile player to their roster ahead of the 2019 season.

Colin Cepecauer, a 6’3”, 320 lb lineman out of Georgetown, Ontario, will join the Hurricanes this season as they look to capture their fifth Atlantic Football League (AFL) Championship.

“I was referred by a former coach from PEI who encouraged me to look into what programs Holland College offered. I found the Sport & Leisure Management program as a gateway opportunity to many different fields of work. Being able to continue playing competitive football at a high level is what completed the package for me to commit to Holland College.”

Cepecauer, a member of the Halton Hills Crimson Tide, finished his high school career with the Georgetown District High School Rebels in 2018. In 2017 he was a member of Football North. He was also voted the Most Valuable Lineman in 2017 while playing with Halton Hills; he hopes his experience and skills will translate to success on the field.

The Hurricanes coaching staff has been following Cepecauer for the past number of years; they’re pleased to have him joining the roster this fall.

“Colin is an athletic, big moving body that will be an essential piece of our offensive line,” shared offensive coordinator, Owen MacWilliams. “It’s going to be great working with Colin to help him reach his potential as he studies at the post-secondary level.”

The Hurricanes were 2-4 entering the AFL post season in 2018 before taking a victory over the University of New Brunswick (UNB) Red Bombers in semi-final action. They eventually fell to the Dalhousie University Tigers in the AFL Championship game.

Cepecauer aims to be highly productive in any role he takes on this season, hoping to help the Hurricanes into contention for an AFL Championship in 2019.

“I aim to bring good pass set skills as well as being a disturbance in the interior of the line to help create a solid offense that can be effective and successful.”

2019 Hurricanes Football Booster Club memberships are on sale now for $100. With a Booster Club Membership, you will receive two season passes to all home regular season games, plus playoffs, as well as two limited edition Hurricanes toques. To sign up, or to obtain more information, email football@hollandcollege.com or call 902-894-6870.