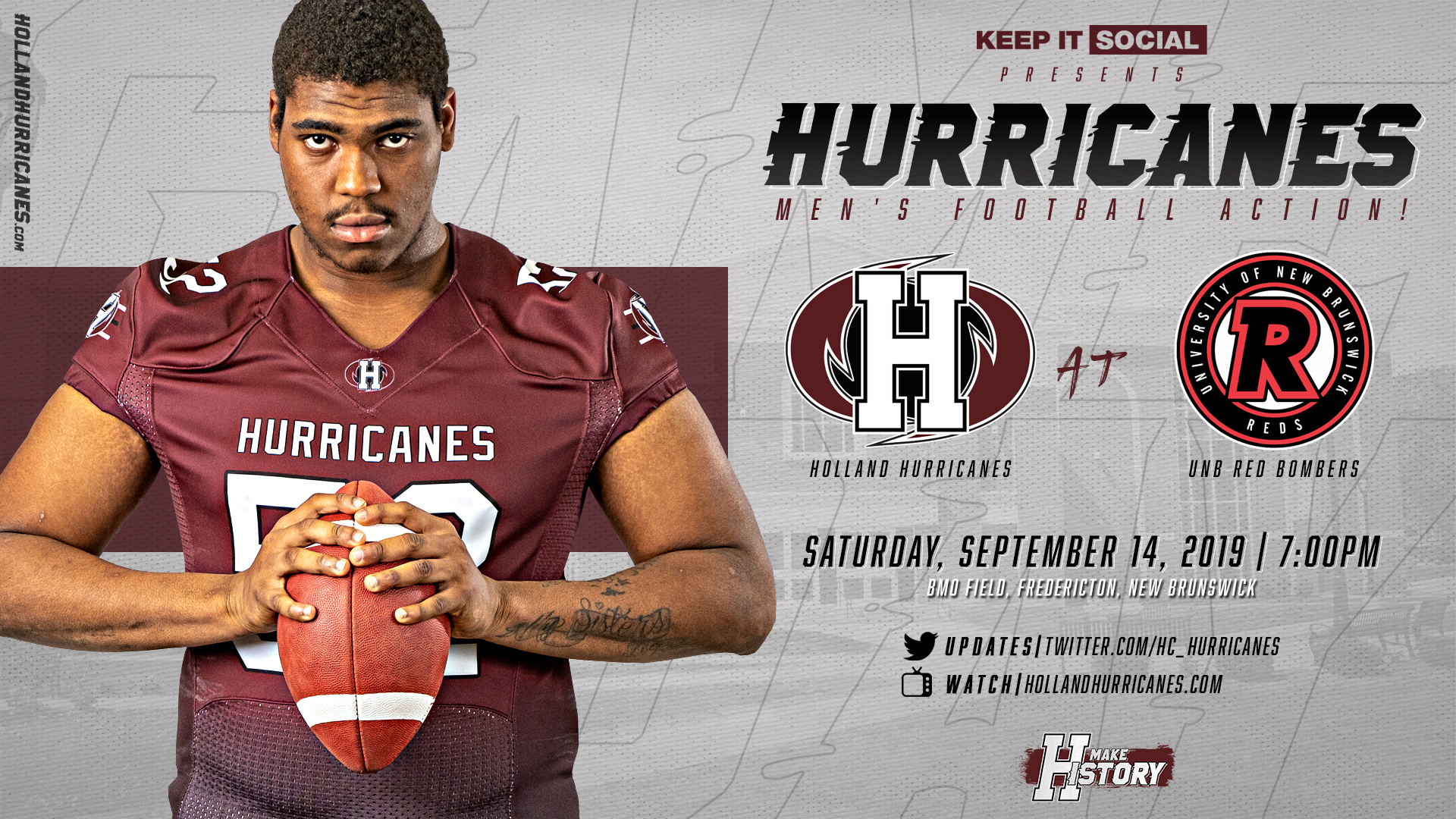 A refreshed Hurricanes football program is set to take the field on Saturday in Fredericton, New Brunswick when they begin their 2019 Atlantic Football League (AFL) regular season against the University of New Brunswick (UNB) Red Bombers. Kick-off is scheduled for 7pm at BMO Field.

The ‘Canes, rebranded with new uniforms and many new faces on the roster and the sidelines, had a busy off-season. The team made a coaching change in the spring, naming Steve Letner the new head coach with promotions made to many assistant coaches already with the program.

The team entered training camp in late-August and has been working hard in preparation of the start of the regular season this weekend.

Letner has been pleased with training camp but is ready to get regular season action underway.

“It’s been a great camp, but the team is ready to see another jersey,” he shared. “This is going to be an exciting game to kick off the season. The additions we made to the team this year is going to make for some exciting football; we’re ready to get going.”

Tyler Hobbs (Lower Sackville, NS) is a defensive lineman in his third year with the Hurricanes; he’s been pleased with the direction of the team early in the season.

“We have to make a statement in our first game. We shouldn’t be taken lightly,” he shared.

The ‘Canes roster of 60 players consists of 32 rookies on the team. Offensive coordinator, Owen MacWilliams has been pleased with the fresh mentality to the program as they enter Saturday’s game.

“UNB played hard last season on defence, so as the offensive unit we need to execute early. The offense as a whole has been improving daily, buying in, and know that if they do their job we will be successful.”

Left tackle, Griffin Quigley of Cambridge, ON, is set to begin his second year with the ‘Canes. His time at Holland College has been split between two seasons at the U SPORTS level with the Mount Allison University Mounties.

“As a group I think this is a great test for us to show our identity. We have to play all three phases of the game and focus on the details to be successful.”

Fans can follow the action live on Saturday night by watching the live broadcast supplied by UNB; the link can be accessed by visiting www.hollandhurricanes.com.

The ‘Canes are set to play their home opener on Saturday, September 21 at Alumni Canada Games Place in Charlottetown at 1pm versus the UNBSJ Seawolves.

Connect with the football Hurricanes by visiting www.twitter.com/canesmfootball.